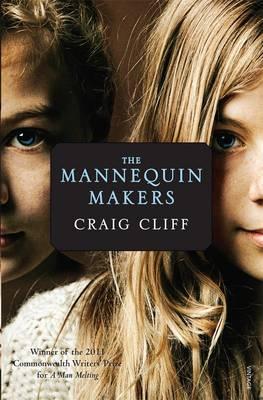 The Mannequin Makers is at turns a gothic tale of a father’s obsession, a castaway story worthy of a Boy’s Own adventure and a thorny remembrance of past tragedies.
The skin was as near white as porcelain, but looked as if it would give to the touch. What manner of wood had he used? What tools to exact such detail? What paints, tints or stains to flush her with life?

So wonders the window dresser Colton Kemp when he sees the first mannequin of his new rival, a man the inhabitants of Marumaru simply call The Carpenter. Rocked by the sudden death of his wife and inspired by a travelling Vaudeville company, Kemp decides to raise his children to be living mannequins.
What follows is a tale of art and deception, strength and folly, love and transgression, that ranges from small town New Zealand to the graving docks of the River Clyde and an inhospitable rock in the Southern Ocean to Sydney’s northern beaches.
Along the way we meet a Prussian strongman, a family of ship’s carvers with a mysterious affliction, a septuagenarian surf lifesaver and a talking figurehead named Vengeance.
$32.99Add to basket ›