Getting It In The Head 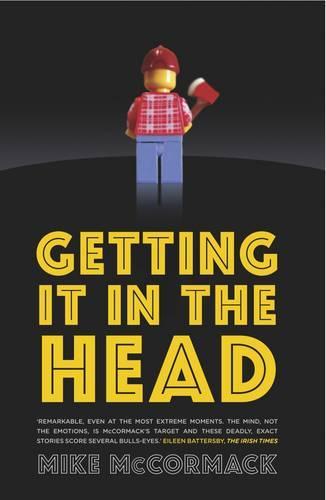 Getting It In The Head

This reissue of the author’s celebrated 1997 debut collection is augmented with an afterword by the author, who reflects on his success and his work since. Here we enter a world where the infatuation with death, ruin and destruction is total. Set in locations ranging from New York to the west of Ireland, and to the nameless realms of the imagination, it is a world where beautiful but deranged children make lethal bombs, talented sculptors spend careers dismembering themselves in pursuit of their art, and wasters rise up with axes and turn into patricides. While tipping his hat to masters such as Borges and Calvino, Poe and Ballard, Mike McCormack is his own man, and Getting It in the Head is richly imaginative, bitterly funny, powerful and original. This edition includes a new Afterword, in which the author reflects on his early work. Getting It in the Head won the Rooney Prize in 1996, and was voted a New York Times Notable Book of the Year in 1998.