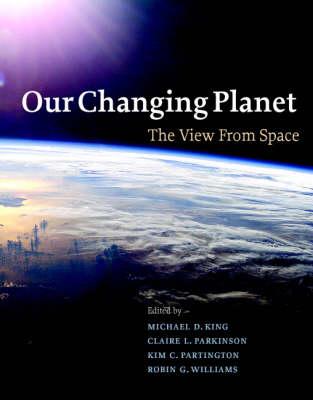 For over 40 years, satellites have been orbiting the Earth quietly monitoring the state of our planet. Unseen by most of us, they are providing information on the many changes taking place, from movements in the land and volcanic eruptions, to human-caused changes such as the growth of cities, deforestation and the spread of pollutants in the atmosphere and oceans. Led by four editors with support from a production team at NASA Goddard Space Flight Center, many of the world’s top remote sensing scientists showcase some spectacular and beautiful satellite imagery along with informed essays on the science behind these images and the implications of what is shown. This is a stunningly attractive and informative book for anyone interested in environmental issues and the beauty of our home planet, providing inspiration for students, teachers, environmentalists and the general public alike.

END_OF_DOCUMENT_TOKEN_TO_BE_REPLACED

In this call to action, David Spratt and Philip Sutton reveal extensive scientific evidence that the global warming crisis is far worse tahn official reports and national governments have indicated, and that we are almost at the...

Led by 4 editors with support from the NASA Goddard Space Flight Center, the world's top remote sensing scientists showcase spectacular satellite imagery alongside the science behind the observed changes. This is a stunning and...

The World Without Us

On the day after humans disappear, nature takes over and immediately begins cleaning house - or houses, that is. Exploring key concerns of our time, this absorbing thought experiment reveals a powerful - and surprising - picture...