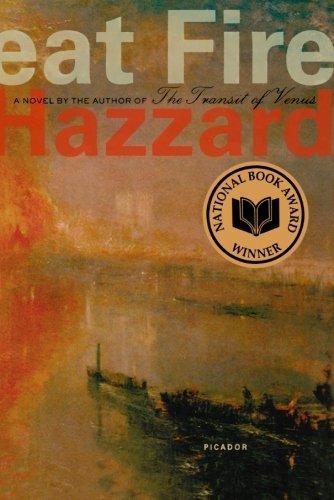 More than twenty years after the classic The Transit of Venus, Shirley Hazzard returns to fiction with a novel that in the words of Ann Patchett “is brilliant and dazzling…”

The Great Fire is an extraordinary love story set in the immediate aftermath of the great conflagration of the Second World War. In war-torn Asia and stricken Europe, men and women, still young but veterans of harsh experience, must reinvent their lives and expectations, and learn, from their past, to dream again. Some will fulfill their destinies, others will falter. At the center of the story, a brave and brilliant soldier finds that survival and worldly achievement are not enough. His counterpart, a young girl living in occupied Japan and tending her dying brother, falls in love, and in the process discovers herself.
In the looming shadow of world enmities resumed, and of Asia’s coming centrality in world affairs, a man and a woman seek to recover self-reliance, balance, and tenderness, struggling to reclaim their humanity. The Great Fire is a story of love in the aftermath of war by “purely and simply, one of the greatest writers working in English today.” (Michael Cunningham)
$13.95Add to basket ›

END_OF_DOCUMENT_TOKEN_TO_BE_REPLACED

The Book Of Imaginary Beings

END_OF_DOCUMENT_TOKEN_TO_BE_REPLACED

Cliffs of Fall: And Other Stories

The Bay Of Noon

The Bay of Noon

The Transit Of Venus