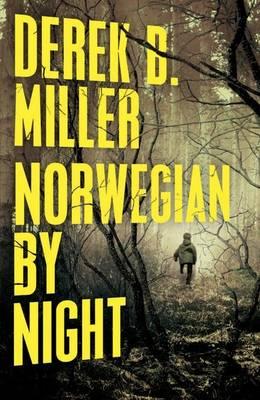 Sheldon Horowitz - 82 years old, impatient, and unreasonable - is staying with his granddaughter’s family in Norway when he disappears with a stranger’s child. Sheldon is an ex-Marine, and he feels responsible for his son’s death in Vietnam. Recently widowed and bereft, he talks to the ghosts of his past constantly. To Norway’s cops, Sheldon is just an old man who is coming undone at the end of a long and hard life. But Sheldon is clear in his own mind. He’d heard the boy’s eastern European mother being murdered, and he’s determined to protect the child from the killer and his Balkan gang.
With an endearing combination of dexterity and daring, Sheldon manages to elude the police in what is hostile, foreign territory for him. But what he doesn’t know is that the police and the gang both know where he’s heading. Norwegian by Night is the last adventure of a man coming to terms with the tragedy of his own life as he tries to save another’s. It combines laconic, deadpan humour, moral seriousness, visceral grief, and narrative tensions in a remarkable way - and Sheldon, in particular, is about to become a famous fictional hero.
$24.99Add to basket ›