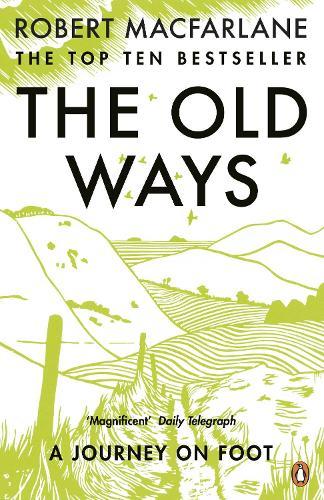 Following the tracks, holloways, drove-roads and sea paths that form part of a vast ancient network of routes criss-crossing the British Isles and beyond, Robert Macfarlane discovers a lost world - a landscape of the feet and the mind, of pilgrimage and ritual, of stories and ghosts; above all of the places and journeys which inspire and inhabit our imaginations.
‘Macfarlane has shown how utterly beautiful a brilliantly written travel book can still be. As perfect as his now classic The Wild Places. Maybe it is even better than that.’ William Dalrymple, Observer
‘A lovely book, a poetic investigation into what it is to follow a path, on land and at sea, in the footsteps of both our ancient predecessors and such writers as Edward Thomas: Macfarlane is reviving an entire body of nature writing here’ David Sexton, Evening Standard
‘A magnificent meditation on walking and writing. An astonishingly haunted book.’ Adam Nicolson, Daily Telegraph
‘The Old Ways sets the imagination tingling … it is like reading a prose Odyssey sprinkled with imagist poems.’ John Carey, Sunday Times
$24.99Add to basket ›

The Great Economists: How Their Ideas Can Help Us Today

Carrington’s Letters: Her Art, Her Loves, Her Friendships

The Great Economists: How Their Ideas Can Help Us Today