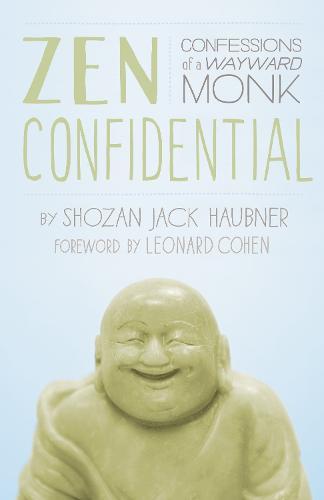 This punk of a monk, who should be tending to his own affairs, has decided to infect the real world with his tall tales, and worse, to let the cat out of the bag. And what a sly, dangerous, beautiful, foul-smelling, heart-warming beast it is. -Leonard Cohen, from the foreword These hilarious essays on life inside and outside a Zen monastery make up the spiritual memoir of Shozan Jack Haubner, a Zen monk who didn’t really start out to be one. Raised in a conservative Catholic family, Shozan went on to study philosophy (becoming de-Catholicized in the process) and to pursue a career as a screenwriter and stand-up comic in the clubs of L.A. How he went from life in the fast lane to life on the stationary meditation cushion is the subject of this laugh-out-loud funny account of his experiences. Whether he’s dealing with the pranks of a juvenile delinquent assistant in the monastery kitchen or defending himself against claims that he appeared in a porno movie under the name Daniel Reed (he didn’t, really) or being surprised in the midst of it all by the compassion he experiences in the presence of his teacher, Haubner’s voice is one you’ll be compelled to listen to. Not only because it’s highly entertaining, but because of its remarkable insight into the human condition.