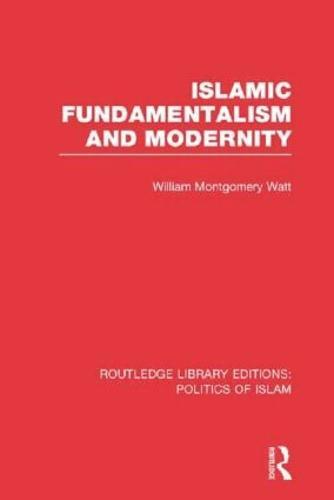 Islam is a burning topic in modern scholarship and contemporary world affairs. It is a subject poorly understood by Western observers, and in this book Professor Montgomery Watt takes a significant step towards its demystification. Montgomery Watt examines the crucial questions of traditional world-view and self-image which dominate the thinking of Muslims today. This traditional self-image causes them to perceive world events in a different perspective from Westerners - a fact not always appreciated by the foreign ministries of Western powers. Professor Watt presents a brilliant and critical analysis of the traditional Islamic self-image, showing how it distorts Western modernism and restricts Muslims to a peripheral role in world affairs. In a scholarly and incisive way, he traces this harmful image to its origins in the medieval period and then to the traumatic exposure of Muslims to the West in modern times. He argues that Muslim culture is suffering from a dangerous introspection, and in his closing chapters presents a constructive criticism of contemporary Islam, aimed at contributing to a truer, more realistic Islamic self-image for today. First published in 1988.