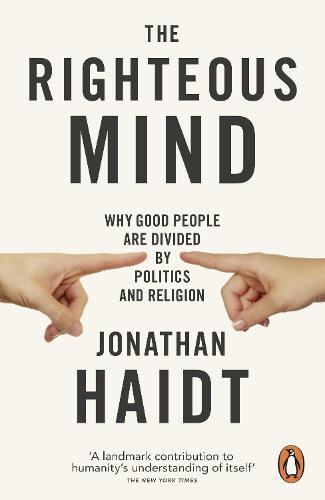 In The Righteous Mind, psychologist Jonathan Haidt answers some of the most compelling questions about human relationships:

Jonathan Haidt reveals that we often find it hard to get along because our minds are hardwired to be moralistic, judgemental and self-righteous. He explores how morality evolved to enable us to form communities, and how moral values are not just about justice and equality - for some people authority, sanctity or loyalty matter more. Morality binds and blinds, but, using his own research, Haidt proves it is possible to liberate ourselves from the disputes that divide good people.
$27.99Add to basket ›