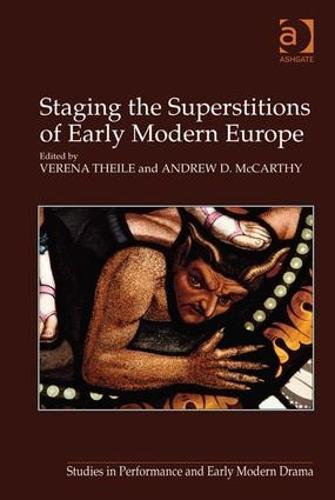 Engaging with fiction and history-and reading both genres as texts permeated with early modern anxieties, desires, and apprehensions-this collection scrutinizes the historical intersection of early modern European superstitions and English stage literature. Contributors analyze the cultural mechanisms that shape, preserve, and transmit beliefs. They investigate where superstitions come from and how they are sustained and communicated within early modern European society. It has been proposed by scholars that once enacted on stage and thus brought into contact with the literary-dramatic perspective, belief systems that had been preserved and reinforced by historical-literary texts underwent a drastic change. By highlighting the connection between historical-literary and literary-dramatic culture, this volume tests and explores the theory that performance of superstitions opened the way to disbelief.