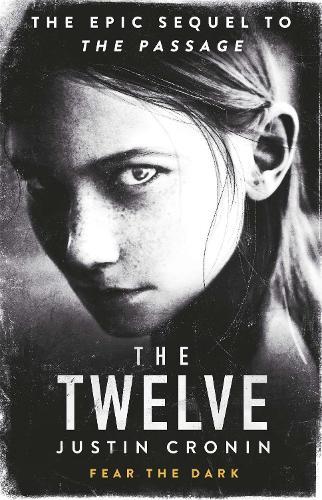 Book 2 of The Passage Trilogy
Death-row prisoners with nightmare pasts and no future. Until they were selected for a secret experiment. To create something more than human. Now they are the future and humanity’s worst nightmare has begun.

In Justin Cronin’s The Passage, a serum derived to save lives was tested on the 12 most reprehensible members of society, but its narrow success led to something much worse: for the virals, as they came to be known, to be doomed to live while the whole world was brought down around them.

In the aftermath, small pockets of humanity survived and fought to find others, eventually planning to take revenge upon the virals for all that was taken from them. In The Passage, the way to defeat them is paved; in The Twelve, the fight is coming to a head.

Words seem to come easily to Cronin. It’s what makes The Twelve so involving, so convincing. Characters and places are fleshed out and brought to life, and everything is described with such accuracy and love, but never to a point of boredom.

This is dystopian fiction at its most terrifying, where the everyday reality sits flush against the carnage the virals wreak upon those whom you hold dear. No one is spared just because the reader is attached to them, but it never feels cheap, rather everything is just as horrifying as the end of the world we love would be. An amazing and visceral read.

The first instalment of the bestselling The Passage Trilogy

The second instalment of the bestselling The Passage Trilogy