Custer’s Road to Disaster: The Path To Little Bighorn 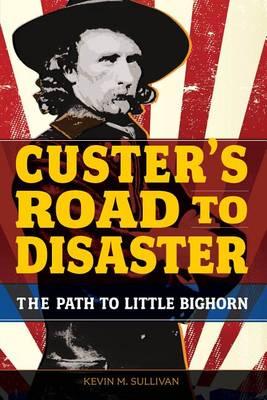 Custer’s Road to Disaster: The Path To Little Bighorn

The death of George Armstrong Custer ended the life of one of the most flamboyant, brave, careless, and fascinating characters to ever wear a United States military uniform. His dramatic rise during the Civil War to the brevet rank of brigadier general at twenty-three, and his uncanny ability to stay alive regardless of how recklessly he flung himself at the enemy, gave rise to his image as an almost mythical figure. His life was filled with such good fortune that the term Custer’s Luck was used to refer to an unusually fortuitous event.Road to Disaster examines Custer’s unusual mental and emotional make-up, which played out in his military career, his relationship with his wife, and in the death he and many of his men found at the end of their march into Montana. A clearer picture of the man appears, providing answers as to why military success followed him to the top of his career, and why the Battle of the Little Bighorn became such a shocking disaster in the summer of 1876.