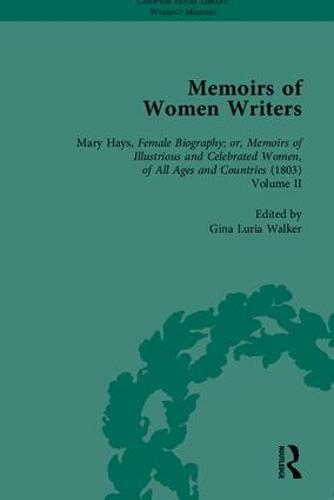 Mary Hays was a radical feminist whose writings brought her to the attention of her contemporaries William Blake, Thomas Paine, Mary Wollstonecraft and William Godwin. This edition of Mary Hays’s Female Biography is the first modern scholarly edition since its publication in 1803. When it appeared, Female Biography was the first history of women since Christine de Pizan’s City of Ladies (1405), the first in English, and the first compendium of women by either male or female compilers since Thomas Heywood’s Generall Historie of Women (1624, 1657) to include rebellious and impious figures, as well as learned ones. The edition calls attention to Hays’s ambitious design for her six volumes: that is, to address the glaring absence of women in the catalogues by major Enlightenment thinkers that recorded the lineage of almost exclusively male thinkers and their contributions to canonical knowledge. Female Biography attests to the existence of active, learned, and powerful women, who produced new knowledge and made genuine, if unheralded, contributions to cultural capital. This edition honors Hays’s pioneering method, the extraordinary scope of her sources and the correctives she makes to traditional narratives to reveal an alternative human history.