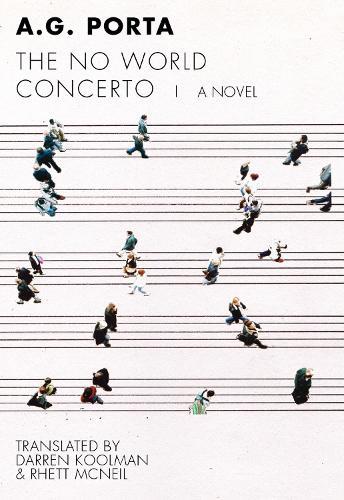 Hailed by Spain’s Revista Quimera as one of the top ten Spanish-language novels of the decade, alongside Bolaño’s 2666, Vila-Matas’s Bartleby & Co., and Marías’s Your Face Tomorrow, the many layers of The No World Concerto center around an old screenwriter, holed up in a shabby hotel in order to write a screenplay about his lover, a young piano prodigy who wants in turn to give up music and become a writer, and believes she may be in contact with creatures from another dimension.

Shifting effortlessly between realities, The No World Concerto is a delightful and prismatic novel, and the first of A. G. Porta’s books to appear in English, finally joining those of his early writing partner Roberto Bolaño.