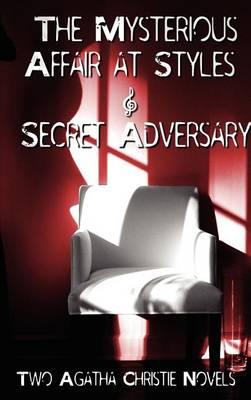 These novels show Agatha Christie’s detective writing genius began with her first Novel. The reviews of The Mysterious Affair at Styles at the time said this: The Times Literary Supplement of February 3, 1921 stated: The only fault this story has is that it is almost too ingenious…. It is said to be the author’s first book, and the result of a bet about the possibility of writing a detective story in which the reader would not be able to spot the criminal. Every reader must admit that the bet was won. The New York Times Book Review of December 26, 1920, said: Though this may be the first published book of Miss Agatha Christie, she betrays the cunning of an old hand … You must wait for the last-but-one chapter in the book for the last link in the chain of evidence that enabled Mr. Poirot to unravel the whole complicated plot and lay the guilt where it really belonged. And you may safely make a wager with yourself that until you have heard M. Poirot’s final word on the mysterious affair at Styles, you will be kept guessing at its solution and will most certainly never lay down this most entertaining book. And the reviews of Secret Adversary were equally enthusiastic: The Times Literary Supplement in its edition of January 26, 1922 said it was a whirl of thrilling adventures . The characters Tommy and Tuppence were refreshingly original and the identity of the arch-criminal, the elusive Mr Brown , is cleverly concealed to the very end . The New York Times Book Review of June 11, 1922 said: It is safe to assert that unless the reader peers into the last chapter or so of the tale, he will not know who this secret adversary is until the author chooses to reveal him. Enjoy these 1920 classics that are as compelling today as they were when they were written.