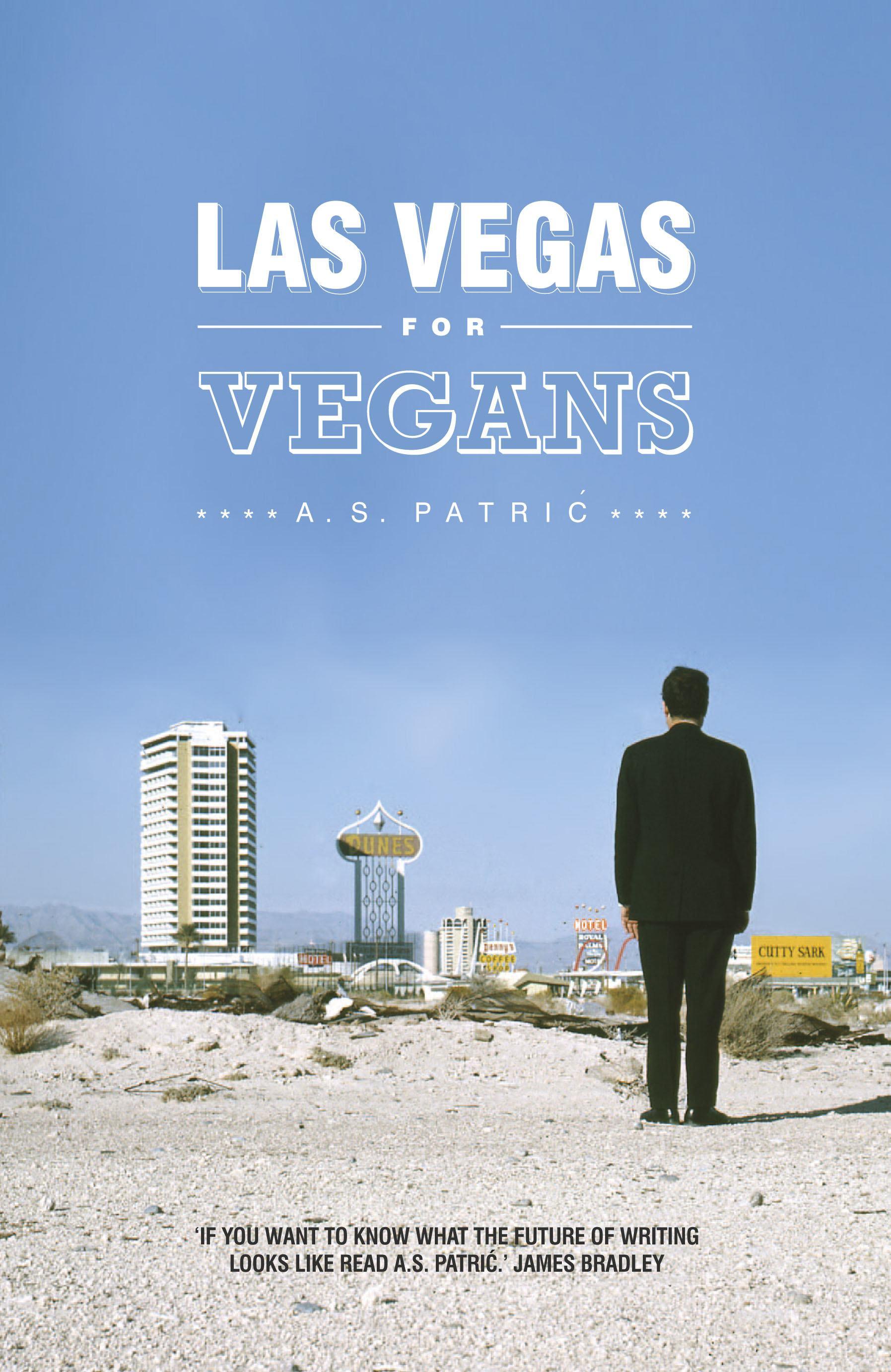 From Las Vegas to Melbourne, from Europe to a doomed airplane in mid-flight, from a seedy motel to the local bookstore, the true setting of these stories is the human heart.

A son spends the day at work having left his father dying on the kitchen floor, a woman finds herself unexpectedly alone in a hotel room in Rome, Kafka watches the last journey of the famous Swimmer as he disappears into the Danube, a father abandons his family, yet mysteriously turns up three days later at the Mirage Inn on the edge of Simpson Desert.
A. S. Patric’s characters are searching for possibilities, truth and lies, the revelations of shadows, and the strange light that shines between tall buildings. Las Vegas for Vegans is original, assured, beautiful storytelling of exceptional craft, brimming with humour and compassion.

I happen to know that A.S. Patrić is a fanatic of the short story. I have this crazy suspicion that he’s one of the most obsessive short-story writers on earth. I’m deadly serious. He reads maniacally; to hear him discuss the work of, say, Lydia Davis or Etgar Keret is nothing short of educational. His stories have appeared in Meanjin, Best Australian Stories and the Sydney Morning Herald.

I happen to know this, but it will be as plain as day to anyone who reads so much as one story from Las Vegas for Vegans – Patrić’s stories speak for his love of the form itself.

The characters in Las Vegas for Vegans wear a plain exterior. They’re suburban types whose seemingly normal lives belie the bizarre stories to which they belong. Maybe it’s a couple of young boys with Serbian names (‘Boys’), or Franz Kafka (‘The River’), or two unnamed people on a motorbike (‘Exit’).

Generalisations do not serve the people who populate these stories, nor are they helpful when it comes to the forms and techniques Patrić employs. Just as one story (‘Nothing To Do With Anything’) does away with punctuation altogether, becoming a ceaseless inner voice, another (‘Murmur’) unfolds purely as dialogue.

So, what is typical about a story by A.S. Patrić? I’ll say this: more often than not, his fictions change before our eyes. Illusion is his bread and butter. Take ‘The Mirage Inn’ for example. Daniel disappears. His wife, Audrey, naturally is troubled. After all, they have a child, Keenen, together. But then she discovers that, ‘the man she’d been sharing her life with for over a decade was lying on a bed, in a motel called The Mirage Inn, watching porn.’ What a sleazebag, right? A photo Daniel has left behind tells a different story, however, and when he reappears everything is wrong.

To read Las Vegas for Vegans is to know that things are never as they seem, but I say this without reservation: A.S. Patrić is a writer on the up.

Bruno Kramzer is an intriguing and disturbing story of evasion and betrayal. A.S. Patric is a Melbourne writer. His first two books have won the Ned Kelly Award and the Booranga Prize, and his Las Vegas for Vegans has...

A. S. Patric's characters are searching for possibilities, truth and lies, the revelations of shadows, and the strange light that shines between tall buildings. Las Vegas for Vegans is original, assured, beautiful storytelling of...

This entertaining collection includes a romp of a novella called The Rattler, as well as short stories and micro fiction all set in and around contemporary Melbourne.