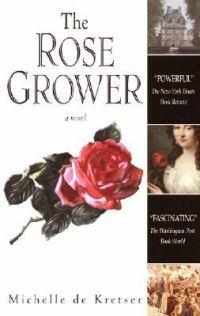 Writing with poignancy and mesmerizing detail, Michelle de Kretser has penned a haunting tale set against the madness of the French Revolution – a wistful, elegantly rendered novel of unrequited love and personal triumph in a world gone tragically awry. The 1789 storming of the Bastille has brought France to the brink of revolution. Yet in the serene heart of the French province of Gascony, little has changed in a hundred years – and the events in Paris seem but a distant thunder. Indeed, the dramatic crash landing of American artist and amateur balloonist Stephen Fletcher sparks far more excitement. Stephen lands in the pastoral world of a magistrate and his three daughters – ethereal Claire, pert and precocious Mathilde, and plain, sensible Sophie, who lovingly tends her rose garden as she simmers with unfulfilled longings. As the revolution brings murder, terror, and fear into the remote Gascon countryside, Stephen finds himself enchanted by the angelic Claire. Yet he is also strangely drawn to Sophie, whose courage and compassion sustain them all, from her family to the quixotic, tormented physician who silently adores her. And even as Sophie keeps a tender secret of her own, she works toward realizing yet another dream: the miracle of an original repeat-flowering crimson rose – a hopeful symbol of an unblighted future.