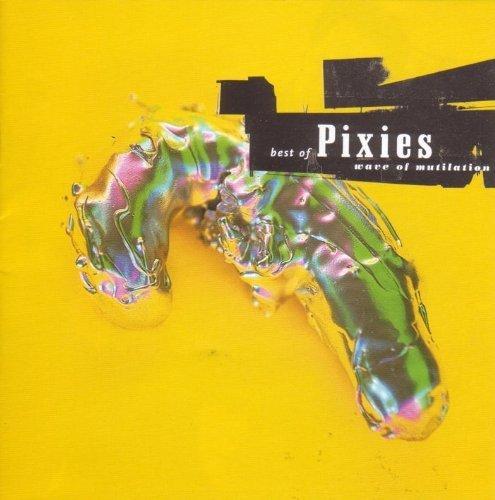 New 23 track best of compilation - the jewels from THE PIXIES' acclaimed recording career.

KURT COBAIN rated The Pixies the greatest band in the world and originally used their sound as a blueprint for NIRVANA.

“Someday all rock will sound this way”

It’s startling listening to this chronologically-organised collection just how ready-formed the Pixies were when they first flopped from the mind of Black Francis onto our turntables in 1987. From ‘Nimrod’s Song’ to ‘Planet of Sound’, you put the shuffle button on and you’d not know which was from when. It’s perhaps less startling that this brittle, abrasive, harsh metallic maelstrom still sounds so freshly frightening. Because, of course, we were wrong. Rock was never going in the direction that Pixies wanted to drag it – somewhere the power of the electric guitar could be rediscovered, redefined and regenerated. Somewhere pointed at by Blue Oyster Cult, raided by Buzzcocks and stumbled into by Sonic Youth, but manned mapped explored and mined by Pixies, who exhaustedly told a new generation to carry on, threw the maps on the table and vanished.

Oasis couldn’t understand the maps, the Strokes copied the easy bits, Jet wiped their noses on them, The Darkness made papier-mache stage props out of them and we headed back to the dark ages. Forget the new Status Quos and real rock….I’m away with the Pixies.

END_OF_DOCUMENT_TOKEN_TO_BE_REPLACED

Fool the World: The Oral History of a Band Called Pixies