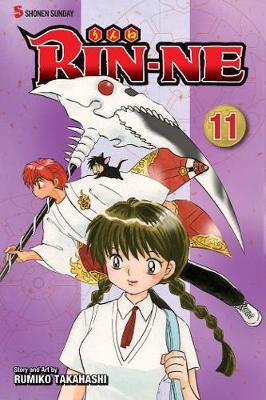 Ever since a strange encounter when she was a child, Sakura Mamiya has had the power to see ghosts. Now in high school, she just wishes the ghosts would leave her alone! When her mysterious classmate Rinne Rokudo shows up, Sakura finds herself following him into the amazing world between life and death! Sakura eats some special candy and loses her ability to sense and see ghosts! Although she’s happy for a break, unfortunately she becomes the target of the A-1 Grand Prix, an annual contest for evil spirits! Later, Rinne confronts an icy ghost in the middle of summer, and crosses paths with the Level 6 Black Cat Kurosu! Reads R to L (Japanese Style) for teen plus audiences.