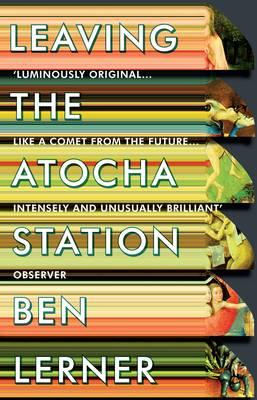 Adam Gordon is a brilliant, if highly unreliable, young American poet on a prestigious fellowship in Madrid, struggling to establish his sense of self and his attitude towards art. Fuelled by strong coffee and self-prescribed tranquillizers, Adam’s ‘research’ soon becomes a meditation on the possibility of authenticity, as he finds himself increasingly troubled by the uncrossable distance between himself and the world around him. It’s not just his imperfect grasp of Spanish, but the underlying suspicion that his relationships, his reactions, and his entire personality are just as fraudulent as his poetry.

Ben Lerner, a talented American poet, has now written a novel about poetry, but don’t let that put you off. While Lerner’s poetry is often difficult, in a clever, self-defeating sort of way, his novel, concerned similarly with the failure of language, is a delight to read.

Adam Gordon is a young and neurotic American poet on a scholarship in Madrid, where he is supposed to be writing a ‘long, research driven poem exploring … the literary legacy of the Spanish Civil War’. Leaving the Atocha Station is, at least nominally, an account of this ‘project’ and a sort of ironic indictment of the bureaucratic texts artists are obliged to produce as justification for all that government funding.

‘The first stage of my project,’ Adam writes in the opening sentence, ‘involved waking up weekday mornings in a barely furnished attic apartment … then putting on the rusty stovetop espresso machine and rolling a spliff while I waited for the coffee.’

One of Adam’s many problems is that he knows almost nothing about the Spanish Civil War or its legacy. Nor does he have much interest in learning about it. He is deeply apolitical, unconvinced of his own talent and, indeed, of art’s ability to elicit any real effect other than perhaps its own failure to affect anything at all. When he sees a man crying before a painting in a gallery, Adam cannot bring himself to believe that this person might in fact be having a ‘profound experience of art’. Chances are, he thinks, this man is a performance artist, feigning real emotion, reflecting back to us our own mediated, longed for, but inaccessible relationship with authenticity.

For Adam – prone to panic attacks, addicted to tranquilisers and self-conscious in a remarkably astute way – fraudulence is the point where we begin, and from where we spiral out in ever widening circles of unreality.

The fifth stage of Adam’s project begins with the 2004 Madrid train bombings. Thrust into the public protests that ensue, hung-over and self-consciously out of place, Adam retreats to his apartment where he refreshes The New York Times homepage, watches the death toll rise and reads about the helicopters he can hear circling above him. Even in the face of tragedy, Adam remains largely incapable of experiencing something like a ‘real experience’ whatever that is. And ‘whatever that is’, is precisely the issue that Leaving the Atocha Station dramatises so well.

END_OF_DOCUMENT_TOKEN_TO_BE_REPLACED

Veering between the comic and tragic, the self-contemptuous and the inspired, Leaving the Atocha Station is a dazzling introduction to one of the smartest, funniest and most audacious writers of a generation