A Small Town in Germany: A Novel 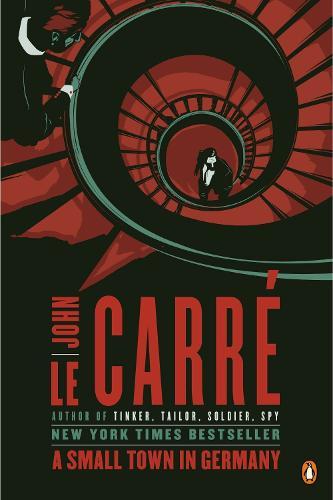 A Small Town in Germany: A Novel

From the New York Times bestselling author of A Legacy of Spies. Haven’t you realized that only appearances matter? The British Embassy in Bonn is up in arms. Her Majesty’s financially troubled government is seeking admission to Europe’s Common Market just as anti-British factions are rising to power in Germany. Rioters are demanding reunification, and the last thing the Crown can afford is a scandal. Then Leo Harting-an embassy nobody-goes missing with a case full of confidential files. London sends Alan Turner to control the damage, but he soon realizes that neither side really wants Leo found-alive.Set against the threat of a German-Soviet alliance, John le Carre’s A Small Town in Germany is a superb chronicle of Cold War paranoia and political compromise. With an introduction by the author.