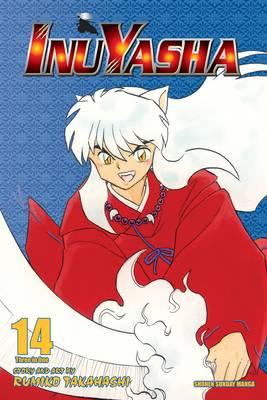 Rumiko Takahashi’s epic in a large prestige format including bonus color pages! Kagome is an ordinary modern schoolgirl living an ordinary life. Who would have thought the dried-up old well on the site of her family’s shrine would be a gateway to Japan’s ancient past? Drawn through the gate against her will, Kagome finds herself battling demons for control of what she thought was a worthless trinket but is actually a powerful magical gem, the Shikon Jewel! Together with an unlikely ally, the half demon Inuyasha, Kagome begins a quest to recover the shards of the Shikon Jewel and learn more about her link to the past. Destiny of a Sword Inuyasha is attacked by a corrupted human wielding a mysterious sword known as Dakki. If our hero loses this battle, he will lose his mighty sword Tetsusaiga as well! Then, the corpse of the turtle demon Meioju is revived by a piece of Moryomaru’s flesh. Meioju’s shell is said to be the toughest of any armored demon… Even with the aid of Sesshomaru, does Inuyasha stand a chance of penetrating Meioju’s armor?! Finally, a battle with a treacherous tree demon leaves our friends…puzzled. What devious plan is Naraku concocting now…?