Patriot of Persia: Muhammad Mossadegh and a Very British Coup 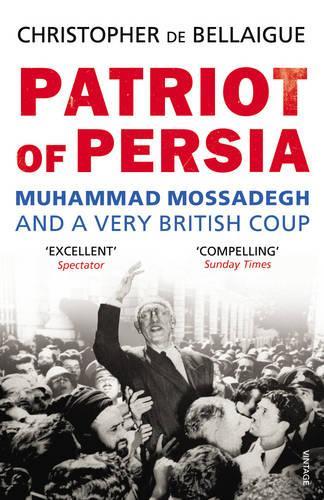 Patriot of Persia: Muhammad Mossadegh and a Very British Coup

A brilliant biography of one of the great political eccentrics of modern times - Muhammad Mossadegh On 19 August 1953 the British and American intelligence agencies launched a desperate coup against a cussed, bedridden 72-year-old. His name was Muhammad Mossadegh, the Iranian prime minister. To Winston Churchill he was a lunatic, determined to humiliate Britain. To President Eisenhower he was delivering Iran to the Soviets. Mossadegh must go. And so he did, in one of the most dramatic episodes in modern Middle Eastern history. But the countries that overthrew him would, in time, deeply regret it. Mossadegh was one of the first liberals of the Middle East, a man whose conception of liberty was as sophisticated as any in Europe or America. He wanted friendship with the West - not slavish dependence. Here, for the first time, is the political and personal life of a remarkable patriot, written by our foremost observer of Iran. Above all, the life of Muhammad Mossadegh is a warning to today’s occupants of Downing Street and the White House, as they commit us all to intervention in a volatile and unpredictable region.