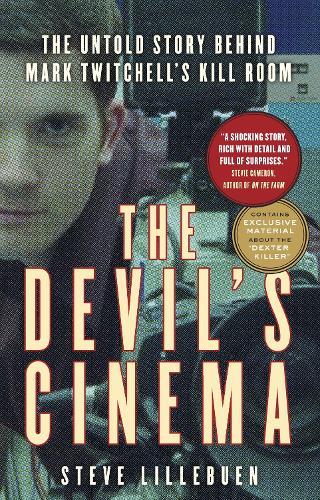 A detailed, well-constructed account of a diabolical real-life Dexter. Lillebuen has written a riveting, true crime page-turner about aspiring filmmaker Mark Twitchell, who turned his obsession with fantasy into horrible reality. – Robert Remington, co-author of Runaway Devil On the night of October 10, 2008, Johnny Altinger was heading to his first date with a woman he had met online. He was never seen again. Two weeks earlier, aspiring filmmaker Mark Twitchell, a young father with a devotion to the television series Dexter, began a three-day shoot for his latest short film. His horror story featured a serial killer who impersonates women on an online dating site to lure unsuspecting men to his suburban kill room. But was his script actually the blueprint for a real-life murder? And what of Twitchell’s other writings, including the elaborate and shocking document titled S. K. Confessions ? Was it a work of fiction or a diary detailing his dark transformation into a would-be serial killer? A powerfully gripping narrative, The Devil’s Cinema is the definitive account of the notorious Dexter Killer, a case and trial that captured the world’s attention. Steve Lillebuen takes us deep into the extraordinary police investigation and the lives of everyone involved, while unveiling never-before-revealed details, all drawn from extensive and exclusive interviews – including months of contact with the killer himself.