This is the Day - The March on Washington 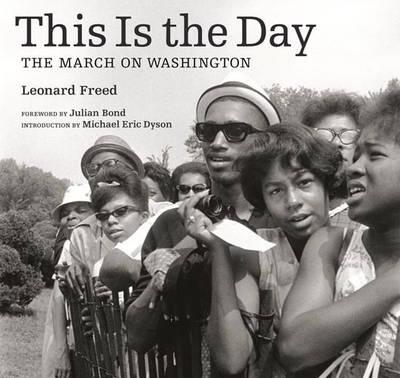 This is the Day - The March on Washington

This title offers a superb collection of emotionally charged photographs that document a poignant day in American history. This Is the Day is a stirring photo-essay documenting the March on Washington for Jobs and Freedom of August 28, 1963, the historic day on which Dr. Martin Luther King Jr. delivered his I Have a Dream speech at the base of the Lincoln Memorial. This book commemorates the 50th anniversary of the historic march that ultimately led to the passage of the Civil Rights Act of 1964. Never before published in book form, the 75 photographs in this volume were chosen from among the hundreds of images that Freed captured - before, during, and after the march. These images not only present us with stunning wide-angle views of hundreds of thousands of marchers overflowing the National Mall but also focus on small groups of people straining to see the speakers and on individual faces, each one filled with hope and yearning, epitomized by the beautiful young woman who throws her entire being into singing We Shall Overcome.