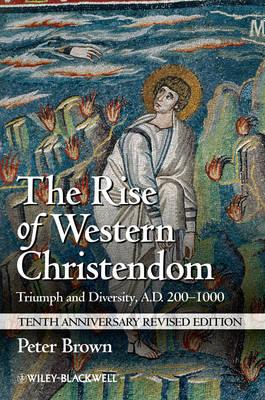 This tenth anniversary revised edition of the authoritative text on Christianity?s first thousand years of history features a new preface, additional color images, and an updated bibliography. The essential general survey of medieval European Christendom, Brown?s vivid prose charts the compelling and tumultuous rise of an institution that came to wield enormous religious and secular power. ? Clear and vivid history of Christianity?s rise and its pivotal role in the making of Europe ? Written by the celebrated Princeton scholar who originated of the field of study known as ?late antiquity? ? Includes a fully updated bibliography and index