Dispossession: The Performative in the Political 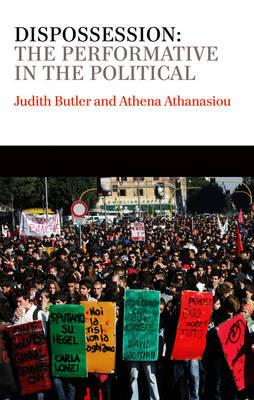 Dispossession: The Performative in the Political

Dispossession describes the condition of those who have lost land, citizenship, property, and a broader belonging to the world. This thought-provoking book seeks to elaborate our understanding of dispossession outside of the conventional logic of possession, a hallmark of capitalism, liberalism, and humanism. Can dispossession simultaneously characterize political responses and opposition to the disenfranchisement associated with unjust dispossession of land, economic and political power, and basic conditions for living? In the context of neoliberal expropriation of labor and livelihood, dispossession opens up a performative condition of being both affected by injustice and prompted to act. From the uprisings in the Middle East and North Africa to the anti-neoliberal gatherings at Puerta del Sol, Syntagma and Zucchotti Park, an alternative political and affective economy of bodies in public is being formed. Bodies on the street are precarious - exposed to police force, they are also standing for, and opposing, their dispossession. These bodies insist upon their collective standing, organize themselves without and against hierarchy, and refuse to become disposable: they demand regard. This book interrogates the agonistic and open-ended corporeality and conviviality of the crowd as it assembles in cities to protest political and economic dispossession through a performative dispossession of the sovereign subject and its propriety.