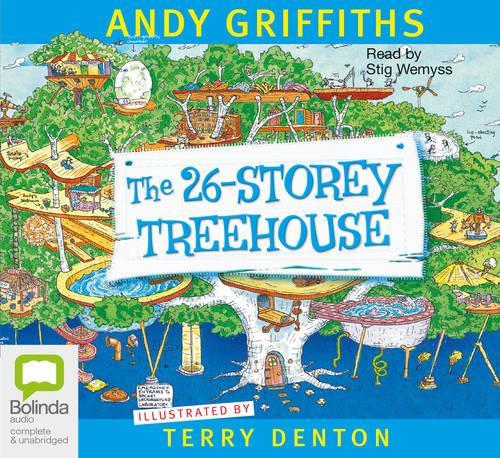 Come on back to the most amazing treehouse in the world! You’re probably wondering just how Andy and Terry met. Well, it s a long story, but a pretty exciting one, and it s mostly true! Come on up, choose a hammock, and they’ll tell you all about it.
Andy and Terry’s newly expanded treehouse, which now features 13 brand-new storeys, including a dodgem car rink, a skate ramp, a mud-fighting arena, an anti-gravity chamber, and an ice-cream parlor with 78 flavors run by an ice-cream serving robot called Edward Scooperhands. Just keep clear of the Maze of Doom a maze so complicated that nobody who has gone in has ever come out again. Well, not yet, anyway.
$24.95Add to basket ›