J.M. Coetzee: a life in writing 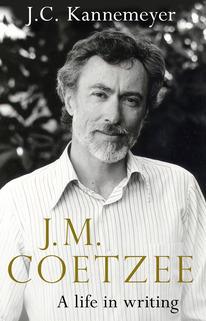 J.M. Coetzee: a life in writing

J.M. Coetzee: a life in writing is the first biography of Nobel laureate J.M. Coetzee. A global publishing event of the rarest kind, the book has been written with the full cooperation of Coetzee, who granted the author interviews and put him in touch with family, friends, and colleagues who could talk about events in Coetzee’s life. For the first time, Coetzee allowed complete access to his private papers and documents, including the manuscripts of his 16 novels. J.C. Kannemeyer has also made a study of the enormous body of literature on Coetzee, and through archival research has unearthed further information not previously available. The book deals in depth with Coetzee’s origins, early years, and first writings; his British interlude from 1962-1965; his time in America from 1965-1971; his 30 years back in South Africa, when he achieved international recognition and won the Booker prize; and his Australian years since 2002, during which time he won the Nobel Prize in Literature. J.M. Coetzee: a life in writing is a major work that corrects many of the misconceptions about Coetzee, and that illuminates the genesis and implications of his novels.This magisterial biography will be an indispensable source for everybody concerned with Coetzee’s life and work.

J.M. Coetzee: A Life in Writing is the first biography to be published about Australian/South African writer and thinker J.M. Coetzee. A veritable tome of information, the text is brimming with details about all phases of Coetzee’s life. From a thorough account of Coetzee’s seventeenth century Dutch ancestors to a description of the writer’s current place of work in Adelaide, Australia, no single relevant anecdote – humorous or tragic – seems to have escaped Kannemeyer’s attention.

In researching the project, Kannemeyer gained unprecedented access to a wealth of hitherto untouchable resources. A notoriously private man, Coetzee rarely gives interviews and on two occasions, he did not attend his own Booker Prize ceremony. For this biography, though, Coetzee ‘cooperated unstintingly and even enthusiastically’ over a two-week interview period, granting Kannemeyer the privilege of reading and copying many of his private papers, drafts, letters and personal artifacts, and providing him with details of friends, family members and colleagues for further interviews.

As well as giving a factual account of Coetzee’s movements over the past seven decades, Kannemeyer describes the political climate of South Africa and the USA, and the broader West in the twentieth century providing a useful context in which to consider Coetzee’s culturally critical and confronting writings, the complex position he held as a ‘South African’ writer and the reasons he moved to Australia in his academic retirement.

Kannemeyer seems in awe of Coetzee’s prose and draws regularly upon Coetzee’s own autobiographical forays (Boyhood, Youth and Summertime) to illuminate his own findings. Later, he draws on Coetzee’s fiction and essays, alongside his own and others’ literary criticism, to paint an intimate picture of Coetzee’s attitudes to Western culture, South Africa, and his own personal struggles.

J.M. Coetzee will be enjoyed most by those with a pressing interest in the writer’s life and work. Though not a fast read, due to its length and detail-heavy prose, the text’s clear writing style, translation into English and adroit blend of biography, history, interview and literary criticism – as well as the journey of the subject himself – make for a fascinating study.

Julia Tulloh is a freelance writer in Melbourne.