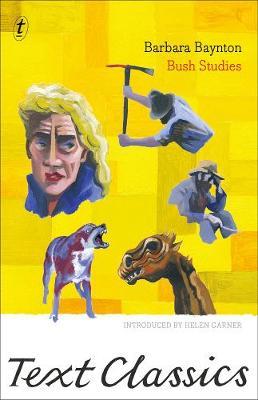 Introduced by Helen Garner Barbara Baynton’s short-story collection Bush Studies is famous for its stark realism-for not romanticising bush life, instead showing all its bleakness and harshness. Economic of style, influenced by the great nineteenth-century Russian novelists, Baynton presents the Australian bush as dangerous and isolating for the women who inhabit it. ‘The terror Baynton evokes,’ Helen Garner writes in her introduction to the book, ‘is elemental, sexual, unabashedly female.’ ‘So precise, so complete, with such insight into detail and such force of statement, it ranks with the masterpieces of realism in any language.’ Bulletin