The Burning Library: Our Great Novelists Lost and Found 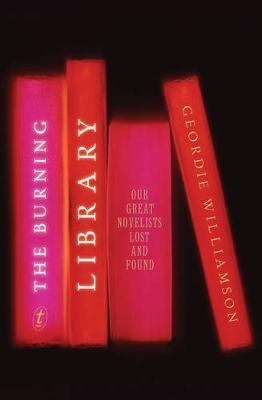 The Burning Library: Our Great Novelists Lost and Found

The Burning Library explores the lives and work of Australian novelists, many of whom have unjustly disappeared from the public imagination.
Alarmed by the increasingly marginal status of Australian literature in the academy, Williamson has set out to reintroduce us to those key writers whose works we may have forgotten or missed altogether. His focus is on fiction that gives pleasure, and he is ardent in defence of books that for whatever reason sit uneasily in the present moment.
Among the writers Williamson discusses are Dymphna Cusack, Elizabeth Harrower, David Ireland, Olga Masters and Gerald Murnane.
The Burning Library is a dynamic act of reclamation inspired by Miles Franklin’s claim that a nation that fails to acknowledge its literary treasures is ‘neither preserved nor developed, but only defaced’.

Why does three-time Miles Franklin Award-winning author David Ireland currently have only one book in print?

Why is M. Bernard Eldershaw’s 1947 capitalism-mocking novel Tomorrow and Tomorrow more readily available from second-hand book dealers in Poland than in Australia?

Why did the Sydney Morning Herald take three weeks to print an obituary for the late great Australian novelist Randolph Stow in 2010?

Some of our finest writers have been marginalised into obscurity, argues Geordie Williamson. Their books are out of print. Their works are disappearing from university courses. Their contribution to Australia’s collective consciousness now sits in unattended shadows.

Williamson has responded to this crisis with The Burning Library, an erudite and illuminating discussion about the writers he sees as having profound contemporary value in the Australian literary landscape.

Likening the idea of a classic novel to that of a slow-burning fuse (some illuminate longer than others), Williamson presents a spectrum of literary perspectives that range from Xavier Herbert’s altering of Indigenous emblems to accommodate for Western metaphysics in Poor Fellow My Country to Christina Stead’s countless modernist innovations of the novelistic form in works such as The Salzburg Tales and Letty Fox.

As an introductory text to the Australian canon, The Burning Library is remarkable. Williamson’s enthusiasm for Australian literature and his boundless knowledge of the genre give the book an enlightening and accessible quality that brings to life a neglected part of our national heritage which, through Williamson’s astute gaze, appears absurd to have let fallen astray.

I thoroughly recommend The Burning Library to any reader with an interest in Australian literature. Afterwards, you may find yourself writing to your local publisher, lobbying for the republication of M. Barnard Eldershaw, Dal Stivens and other long-forgotten Australian artists.

Steve Bidwell-Brown is a bookseller at Readings Carlton. He has previously worked as a literary events coordinator for novelists and poets, as a carnie in a travelling circus, and as a semi-professional cricketer in the UK. He likes being able to read and write.