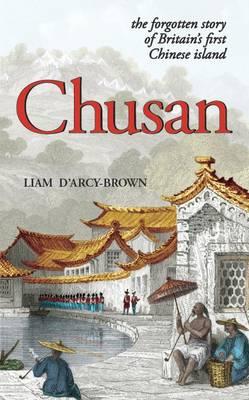 We must religiously observe our engagements with China, but I fear that Hong Kong is a sorry possession and Chusan is a magnificent island admirably placed for our purposes. So wrote the home secretary Sir James Graham to the prime minister Sir Robert Peel, as British diplomats prepared to return the island of Chusan to Chinese rule during the winter of 1845. For years, this now little-known island off the coast of Zhejiang province had been home to thousands of men, women and children of all classes and backgrounds, of all races and religions, from across the British Empire and beyond. Before the Union Jack ever flew over Hong Kong, it had been raised on Chusan. From a wealth of primary archives, Liam D'Arcy-Brown pieces together the forgotten story of how the British wrested Chusan from the Qing dynasty, only to hand it back for the sake of Queen Victoria’s honour and Britain’s national prestige. At a time when the Chinese Communist Party is inspiring a new brand of patriotism by revisiting the shame inflicted during the Opium Wars, here is a book that puts Britain’s incursions into nineteenth-century China in a fascinating and revealing new light.