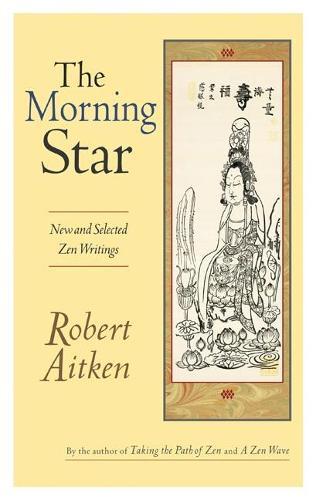 Having practiced zazen for more than half a century, Robert Aitken sits today as the senior American Roshi, a writer and teacher of broad reputation and consequence, known for his clarity, compassion and insight, who numbers as his own teachers and associates some of the legendary figures of Japanese and American Buddhism. His serendipitous beginning as a Buddhist resulted from being a civilian prisoner of the Japanese in the Second World War, where he found R. R. Blythe, the great haiku master, and D. T. Suzuki, the most important and popular chronicler of Zen in English, as fellow detainees. After the war, Aitken returned to Japan on several occasions to study in traditional monastic settings. He has been a leader of the contemporary move to establish Zen Buddhism in the West and was a founding member of the Buddhist Peace Fellowship. With material never before collected in book form, The Morning Star includes writings from his first book, A Zen Wave, and from eight collections of essays and poems he’s published over the last three decades. The introduction to this volume offers Robert Aitken’s latest presentation of Zen practice, addressing the Great Matter from a historical and personal perspective.