Clouds above the Hill: A Historical Novel of the Russo-Japanese War, Volume 2 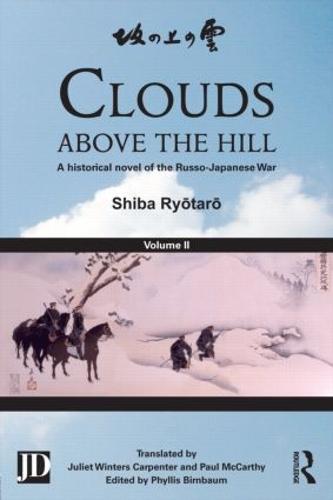 Clouds above the Hill: A Historical Novel of the Russo-Japanese War, Volume 2

Clouds above the Hill is one of the best-selling novels ever in Japan, and is now translated into English for the first time. An epic portrait of Japan in crisis, it combines graphic military history and highly readable fiction to depict an aspiring nation modernizing at breakneck speed. Best-selling author Shiba Ryotaro devoted an entire decade of his life to this extraordinary blockbuster, which features Japan’s emerging onto the world stage by the early years of the twentieth century. In Volume II, Meiji Japan is on a collision course with Russia, as Russian troops stationed in Manchuria ignore repeated calls to withdraw. Admiral Togo leads a blockade and subsequent skirmish at the strategically vital and heavily fortified Port Arthur, whilst Yoshifuru’s cavalry in Manchuria maneuvers for position as it approaches the Russian Army lines. The two armies clash at the battle of Liaoyang, where Japan seals a victory which shocks the world. Anyone curious as to how the tiny, rising nation of Japan was able to fight so fiercely for its survival should look no further. Clouds above the Hill is an exciting, human portrait of a modernizing nation that goes to war and thereby stakes its very existence on a desperate bid for glory in East Asia.