Anzac Memories: Living with the Legend 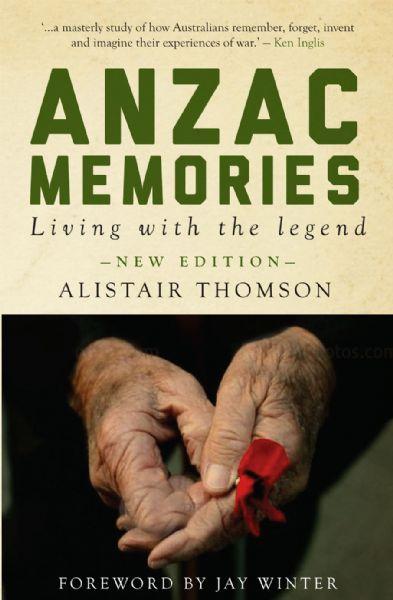 Anzac Memories: Living with the Legend

Anzac Memories was first published to acclaim in 1994 (OUP), and has achieved international renown for its pioneering contribution to the study of war memory and mythology.
Michael McKernan wrote that the book gave ‘as good a picture of the impact of the Great War on individuals and Australia as we are likely to get in this generation’, and Michael Roper concluded that ‘an immense achievement of this book is that it so clearly illuminates the historical processes that left men like my grandfather forever struggling to fashion myths which they could live by’.
In this new edition Alistair Thomson explores how the Anzac legend has transformed over the past quarter century, how a ‘post-memory’ of the Great War creates new challenges and opportunities for making sense of the national past, and how veterans' war memories can still challenge and complicate national mythologies.
He returns to a family war history that he could not write about twenty years ago because of the stigma of war and mental illness, and he uses newly-released Repatriation files to question his own earlier account of veterans' post-war lives and memories and to think afresh about war and memory.
$34.95Add to basket ›