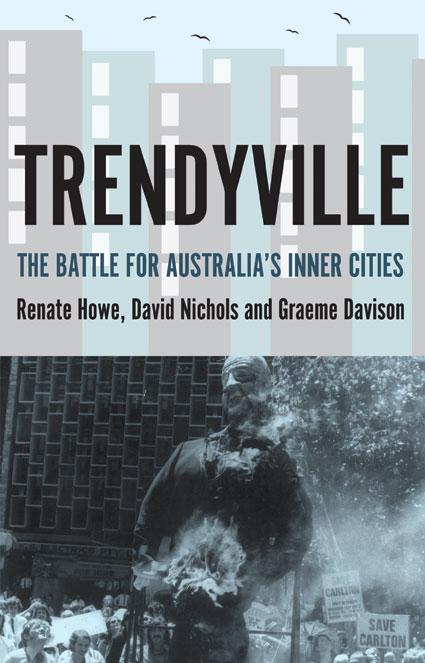 In the 1960s and 70s, Australia’s inner cities experienced an upheaval which left them changed forever. People from all walks of life who valued their suburbs - places like Balmain, Battery Point, Carlton, Indooropilly, North Adelaide, or Subiaco - resisted large-scale development projects for freeways, ‘slum clearance,’ and mass-produced high rises. Unlikely alliances - of post-war migrants, university students and staff, construction workers and their unions, long-term residents and city workers - challenged land-grabs and inappropriate development.
When the dust settled, Australian cities were different. Many suburbs kept their village qualities. Shopping strips were revived and cultures celebrated. While areas like Fitzroy or Redcliff were derided as ‘Trendyville,’ the fate many American cities suffered - a ‘hollow core’ - had been avoided. In the process, heritage conservation, party politics, and Australian assumptions about domestic life, education, and lifestyle had all been transformed.
This book is an in-depth examination of the causes and consequences of urban protest in a democracy. It shows how it changed the built environment as well as its participants, and resonated in many of our institutions including politics, media and multiculturalism.
$34.95Add to basket ›