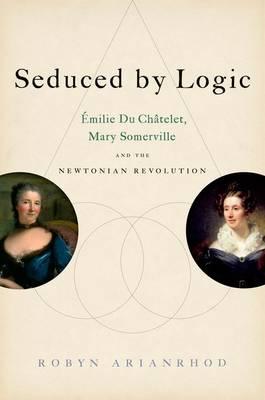 This is the fascinating story of two women who lives were guided by a passion for mathematics and an insatiable curiosity to know and understand the world around them - the beautiful, outrageous Emilie du Chatelet and the charmingly subversive Mary Somerville. Against great odds, Emilie and Mary taught themselves mathematics, and did it so well that they each became a world authority on Newtonian mathematical physics. Seduced by Logic begins with Emilie du Chatelet, an 18th-century French aristocrat, intellectual, and Voltaire’s lover, whose true ambition was to be a mathematician. She strove not only to further Newton’s ideas in France, but to prove that they had French connections, including to the work of Descartes, whom Newton had read. She translated the great Principia Mathematica into French, in what became the accepted French version of Newton’s work, and was instrumental in bringing Newton’s revolutionary opus to a Continental audience. A century later, in Scotland, Mary Somerville taught herself mathematics and rose from genteel poverty to become a figure of authority on Newtonian physics. Living in France, she became acquainted with the work of one of Newton’s proteges, Pierre Simon Laplace, and translated his six-volume Celestial Mechanics into English. It remained the standard astronomy text for the next century, and was considered the most influential work since Principia. Connected by their love for mathematics, Emilie and Mary bring to life a period of remarkable political and scientific change. Combining biography and history of science, Robyn Arianrhod’s book explores the roles both women played in bringing Newton’s Principia to a wider audience, and reveals the intimate links between the unfolding Newtonian revolution and the origins of intellectual and political liberty.