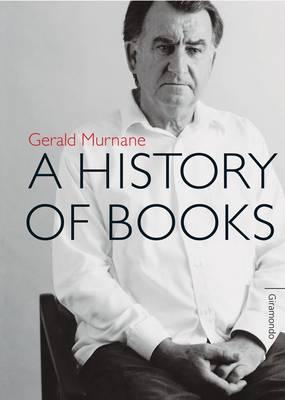 This new work by Gerald Murnane is a fictionalised autobiography told in thirty sections, each of which begins with the memory of a book that has left an image on the writer’s mind.
The titles aren’t given but the reader follows the clues, recalling in the process a parade of authors, the great, the popular, and the now-forgotten.
The images themselves, with their scenes of marital discord, violence and madness, or their illuminated landscapes that point to the consolations of a world beyond fiction, give new intensity to Murnane’s habitual concern with the anxieties and aspirations of the writing life, in the absence of religious belief.
A History of Books is accompanied by three shorter pieces of fiction which play on these themes, featuring the writer at different ages, as a young boy, a teacher, and an old recluse.

On the eighth page of Barley Patch – a work of fiction by Gerald Murnane, published in 2009, the first such work to appear since Murnane decided that he was finished writing novels over a decade earlier, and for that reason alone a very considerable one – the narrator declares:

‘One day, I decided not to go on reading one after another book of a sort that could be called literature – that day was only a few months before the day when I decided to write no more fiction. When I made the earlier decision, I intended to confine my reading in future to the few books that I had never forgotten; I would reread those books – I would dwell on them for the rest of my life.’

Of course, the reader (especially the reader that is, like me, particularly fascinated by and dedicated to the writing of Gerald Murnane) wonders, which books are included in this small but all important selection, which books have stood out from a lifetime of reading? And yet the question is never answered. At least perhaps until now.

In fact, Murnane may have turned whatever reservations he had about reading, writing and publishing into subject matter. A History of Books (which is published with three shorter works) is Gerald Murnane’s tenth book of fiction, and its concerns are writing, reading and memory. It is divided into nine sections, each of which explores in detail the images that have been left in an unnamed narrator’s by certain books. The narrator moves imperceptibly from one memory to another, from one book to another, from image to image, never making pronouncements, always suggesting, giving the reader a glimpse at something beyond the bend. The final paragraph is sublime.

Murnane is one of the most original writers at work any where in the world today. In A History of Books, he is as reflective, elusive, and mesmeric as ever.

[missing asset] Will Heyward works for Readings in Carlton and St Kilda. He has been published in the ABR and a few other publications. He helps edit Voiceworks and is a contributing editor for Higher Arc.