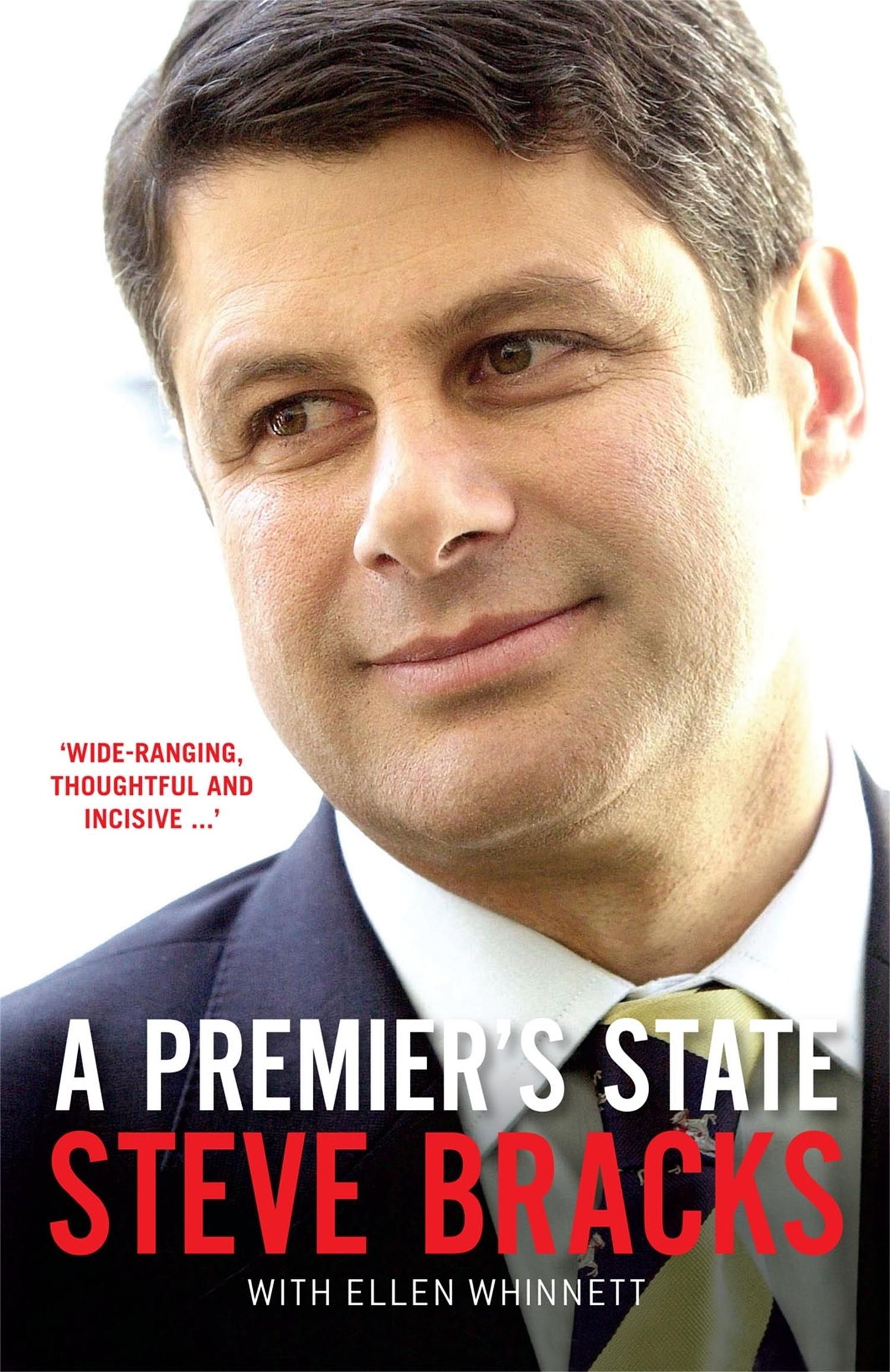 By the time he was forty-eight, Steve Bracks had achieved the goal he’d set himself nine years earlier. He was Premier of Victoria.

In A Premier’s State he reveals for the first time the background to his decision to take the party’s leadership from his friend John Brumby in 1999 - then to hand it back to John in 2007 when he sensationally resigned from office. He gives insights into how to run a successful government and how to manage the factions, and talks about everything from the impact of public life on his family, to forming minority government with independents.

This wide-ranging, thoughtful and incisive look at Steve’s life and his career encompasses not only his thoughts on the Labor Party, but at the state of Australian politics generally, both during Steve’s time in politics and after it.