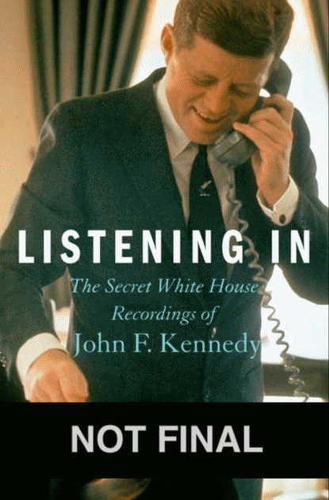 During his presidency, John F. Kennedy recorded over 260 hours of meetings and telephone conversations. The taping system remained a closely held secret, even from his top aides. Now Listening In gives readers a behind-the-curtain glimpse of one of America’s most famous and revered presidencies. The Kennedy Library Foundation, along with historian Ted Widmer, have selected the most engaging excerpts from President Kennedy’s White House recordings, which include his meetings with Civil Rights leaders; Vietnam; the Space Race and much more.