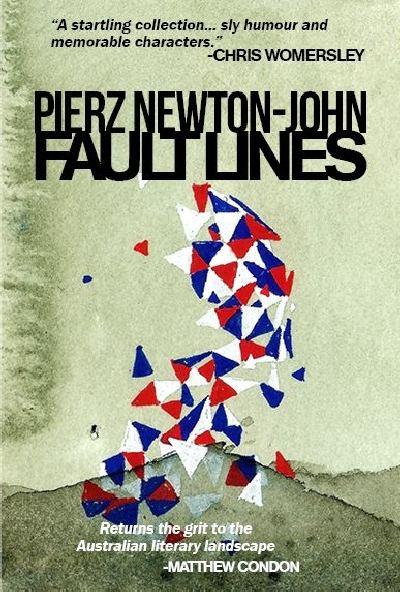 What does it take to make a man? The short stories of Pierz Newton John move through the full range of masculine experience, with an openness, not afraid to show men at their most lonely, sexual, loving, sometimes vulnerable, sometimes abusive. Tender moments between father and son, first sexual experiences and what men feel and think about women. * Cover endorsement from acclaimed Australian authors, Chris Womersley and Matthew Condon.* Pierz Newton-John is a father and former psychotherapist. Published widely in literary journals. Winner of Alan Marshall Short Story Award.* Cover and evocative sketches by talented artist, Paden Hunter.

It is a rare (and wonderful) thing for an Australian author to debut with a collection of short stories – but thanks to new publishing group Spineless Wonders, this is occurring more frequently. Pierz Newton-John’s collection of 16 stories plumbs the depth of suburban lives; his characters are taken to breaking point and the perils of their lives are exposed in minute detail.

Newton-John excels in delving into the lives of ‘ordinary’ men. He is at his finest describing adolescent males. In ‘Freak’, a story narrated by a boy who is protecting both his depressed mother and his mute brother in the wake of his father’s death, Newton-John puts his finger on how it feels to be different at high school – a place that demands conformity. This story is one of the strongest in the collection – within its mere six pages, tables are turned and a family is brought together again.

Newton-John’s background as a psychotherapist must surely assist his writing. He knows the characters he writes about as if he has conversed with them. In ‘Suburban Mystery’, a teenager growing up in the eighties wonders about his neighbours: ‘Are we happy here or not? Nobody was saying’. He examines the paths of his peers, and tries to work out the difference between satisfaction and resignation.

Overall, the writing is evocative and striking. In describing an ill-fated coupling in ‘Tornado’ Newton-John writes, ‘We tried, but it was no use, each of us straining to kiss the same mirage somewhere beyond the other’s face.’ His female characters are also highly credible, whether as protagonists or secondary characters. I have to admit that I was most drawn to the immediacy of the six stories in the collection written in the first person. The only fault I can find in Fault Lines is that the use of humour in a couple of stories (‘Eliot’s Awakening’ and ‘Growing Sickness’) seems intended to collude with the reader to mock the main character, rather than letting the reader make his or her own judgement.

The short stories of Pierz Newton-John move through the full range of masculine experience, with an openness, not afraid to show men at their most lonely, sexual, loving, sometimes vulnerable, sometimes abusive. Tender moments...

This entertaining collection includes a romp of a novella called The Rattler, as well as short stories and micro fiction all set in and around contemporary Melbourne.