The Aye-Aye and I 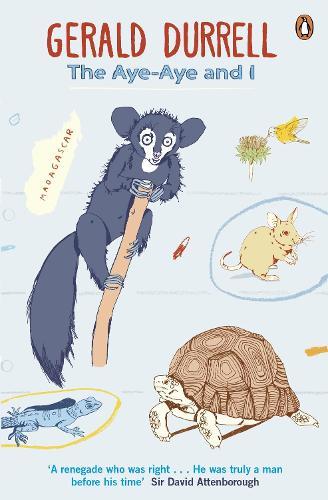 The Aye-Aye and I

‘In the gloom it came along the branches towards me, its round, hypnotic eyes blazing, its spoon-like ears turning to and fro independently like radar dishes … it was Lewis Carroll’s Jabberwocky come to life … one of the most incredible creatures I had ever been privileged to meet.’ The fourth largest island in the world, Madagascar is home to woodlice the size of golf balls, moths the size of Regency fans and the Aye-Aye, a type of lemur held by local superstion to be an omen of death. But when Gerald Durrell visited the island, the destruction of the forests meant that the Aye-Aye and many other unique creatures were in danger of extinction. In his unique travel log, Durrell recalls hopping over rickety bridges, tasting exotic foods and close encounters with the world’s deadliest animals - all of which he takes in his stride. Collecting a few scrapes along the way, Durrell’s quest proves worthwhile as he finally glimpses the elusive primate and brings it back to his breeding sanctuary in Jersey. Told with his unique sense of humour and inimitable charm, Gerald Durrell’s The Aye Aye and I is the final adventure from one of Britain’s best loved conservationists. ‘Animals come close to being Durrell’s best friends. He writes about them with style, verve and humour.’ Time