Ardency: A Chronicle of the Amistad Rebels 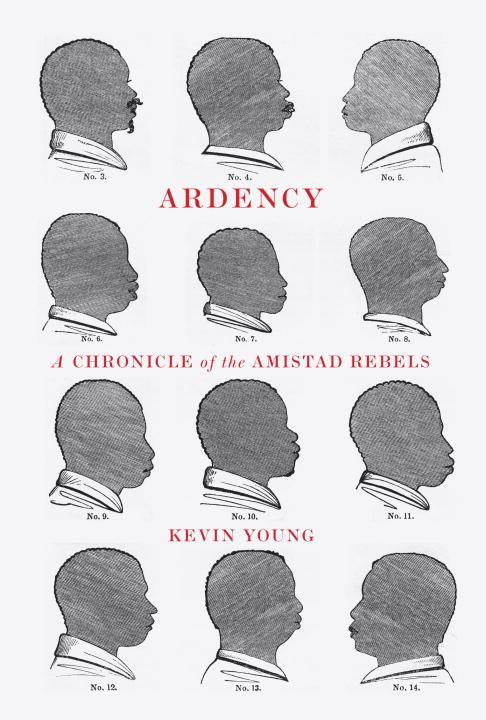 Ardency: A Chronicle of the Amistad Rebels

Acclaimed poet Kevin Young gathers here a chorus of voices that tells the story of the Africans who mutinied onboard the slave ship Amistad. Written over twenty years, this poetic epic–part libretto, part captivity epistle–makes the past present, and even its sorrows sing.
In Buzzard, the opening section, we hear from the African interpreter for the rebels, mostly from Sierra Leone, who were captured on their winding attempt to sail home and were jailed in New Haven. In Correspondance, we encounter the remarkable letters to John Quincy Adams and others that the captives write from jail, where abolitionists taught them English while converting them to Christianity. In lines profound and pointed, the men demand their freedom in their newfound tongue: All we want is make us free. The book culminates in Witness, a libretto chanted by Cinque, the rebel leader, who yearns for his family and freedom while eloquently evoking the Amistads' conversion and life in Merica.
As Young conjures this array of history and music, interweaving the liberation cry of Negro spirituals and the indoctrinating wordplay of American primers, he delivers his signature songlike immediacy at the service of a tremendous epic built on the ironies, violence, and virtues of American history. Vivid and true, Ardency is a powerful meditation on who we’ve been and who we are.