A Zoo in My Luggage 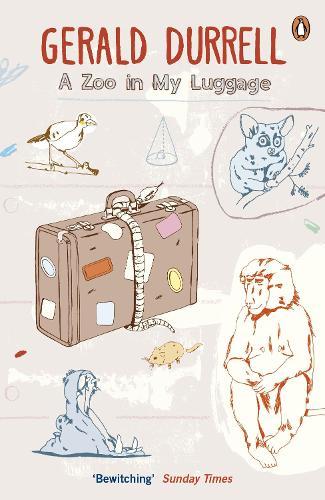 A Zoo in My Luggage

‘For many years I had wanted to start a zoo … any reasonable person smitten with an ambition of this sort would have secured the zoo first and obtained the animals afterwards. but throughout my life I have rarely if ever achieved what I wanted by tackling it in a logical fashion.’ A Zoo in My Luggage is Gerald Durrell’s account of his attempt to set up his own zoo, after years spent gathering animals for other zoos. Journeying to Cameroon, he and his wife collected numerous mammals, birds and reptiles, including Cholmondely the chimpanzee and Bug-eye the bush-baby. But their problems really began when they attempted to return with their exotic menagerie. Not only had they to get them safely home to Britain but they also had to find somewhere able and - most of all - willing to house them. Told with wit and a zest for all things furry and feathered, Gerald Durrell’s A Zoo in My Luggage is a brilliant account of how a pioneer of wildlife preservation came to found a new type of zoo. ‘If animals, birds and insects could speak, they would possibly award Durrell one of their first Nobel prizes. His creatures are as alive as his style.’ The Times Literary Supplement