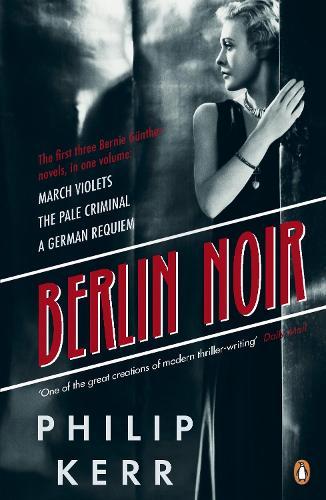 Ex-Policeman Bernie Gunther thought he(1)d seen everything on the streets of 1930(1)s Berlin. But then he went freelance, and each case he tackled sucked him further into the grisly excesses of Nazi sub-culture. And even after the war, amidst the decayed, imperial splendour of Vienna, Bernie uncovered a legacy that made the wartime atrocities look lily-white in comparison … ‘Exceptionally good.’ The Times ‘Taut, brutal, coarse, believable and gripping stuff.’ Sunday Telegraph ‘Echoes of Raymond Chandler but better on his vivid and well-researched detail than the master.’ Evening Standard ‘Full marks … Kerr(1)s complex intrigue allows space for brilliantly provoking political asides.’ Sunday Times ‘Beautifully written.’ Scotsman

END_OF_DOCUMENT_TOKEN_TO_BE_REPLACED

A Man Without Breath: fast-paced historical thriller from a global bestselling author

If the Dead Rise Not: Bernie Gunther Thriller 6