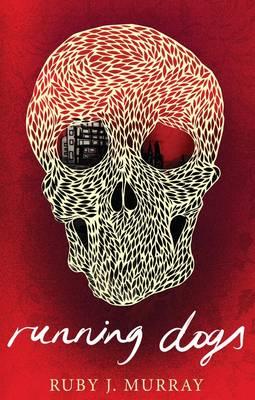 Read our Q&A with Ruby Murray about Running Dogs.

Jakarta, 1997, and the city is on the verge of a revolution.
Even the Jordan children - Petra, Isaak and Paul - can feel it coming, shaking the edges of their privileged, protected expat world.
Years later, Diana, an Australian development worker, moves to Jakarta and becomes entwined in the powerful Jordans' adult lives. As the monsoon descends, and the Jordans begin to fall apart, Diana sinks into the half-light of their past, where rumour and religion define the contours of the real, and the rules of the game change according to who is playing.
Set in a global city of poverty, beauty, corruption and extreme wealth, Running Dogs is a novel about power and responsibility; about the stories we tell ourselves in order to survive, and the damage they can do.
Lyrical descriptions clash with harsh imagery to evoke a world of extreme privilege set among that of poverty, fear and political upheaval, where privilege and wealth are not enough protection from familial secrets and shame. Running Dogs is a powerful and nuanced debut novel. - Australian Bookseller & Publisher

Despite Indonesia’s proximity and its intense, at times turbulent relationship with Australia, relatively few Australian novels are set there. Is this because, as the Australian character in Running Dogs suggests, when it comes to Jakarta, let alone the whole country, ‘Looking to see the city for what it was, its actual scale, required too much from her’?

Murray, who has spent significant time in Indonesia, rises to the challenge, producing a complex and engaging debut novel that brings Indonesia to life without trying to explain it.

The story moves between the end of President Suharto’s 31-year rule in 1997–98, and the present day. The 90s story is told by the Jordan children, Petra and Isaak, whose Indonesian mother has died, leaving them with a wealthy, brutal American father, his damaged second wife, a younger half-brother Paul, and the nanny Mbak Nana.

The present-day narrator is Diana, an Australian who accepts an aid posting to Jakarta in the hope of reconnecting with Petra, whom she’d befriended six years earlier in Melbourne. Reunited with Petra and introduced to her brothers, Diana becomes more than a spectator in the unravelling of a family whose obscene wealth and privilege may protect them from justice but not from revenge.

A violent denouement is prefigured in the opening but the narrative is neither linear nor predictable. We are plunged into streets teeming with anti-Suharto protestors, and shipped to luxurious private islands. We accompany Diana on a disastrous donor tour to an orphanage, and Petra to an equally cringe-worthy fancy dress party where her stepmother is complimented for the ‘nice gesture’ of dressing the children as Indonesians.

‘Jakarta beat me,’ Diana laments towards the end of Running Dogs. ‘Jakarta is much older than you are,’ her Indonesian friend counters. ‘Jakarta knows things we don’t know.’ Murray’s novel is a welcome opportunity to get to know Jakarta a little better.

Angela Savage’s most recent novel is *The Half-Child*