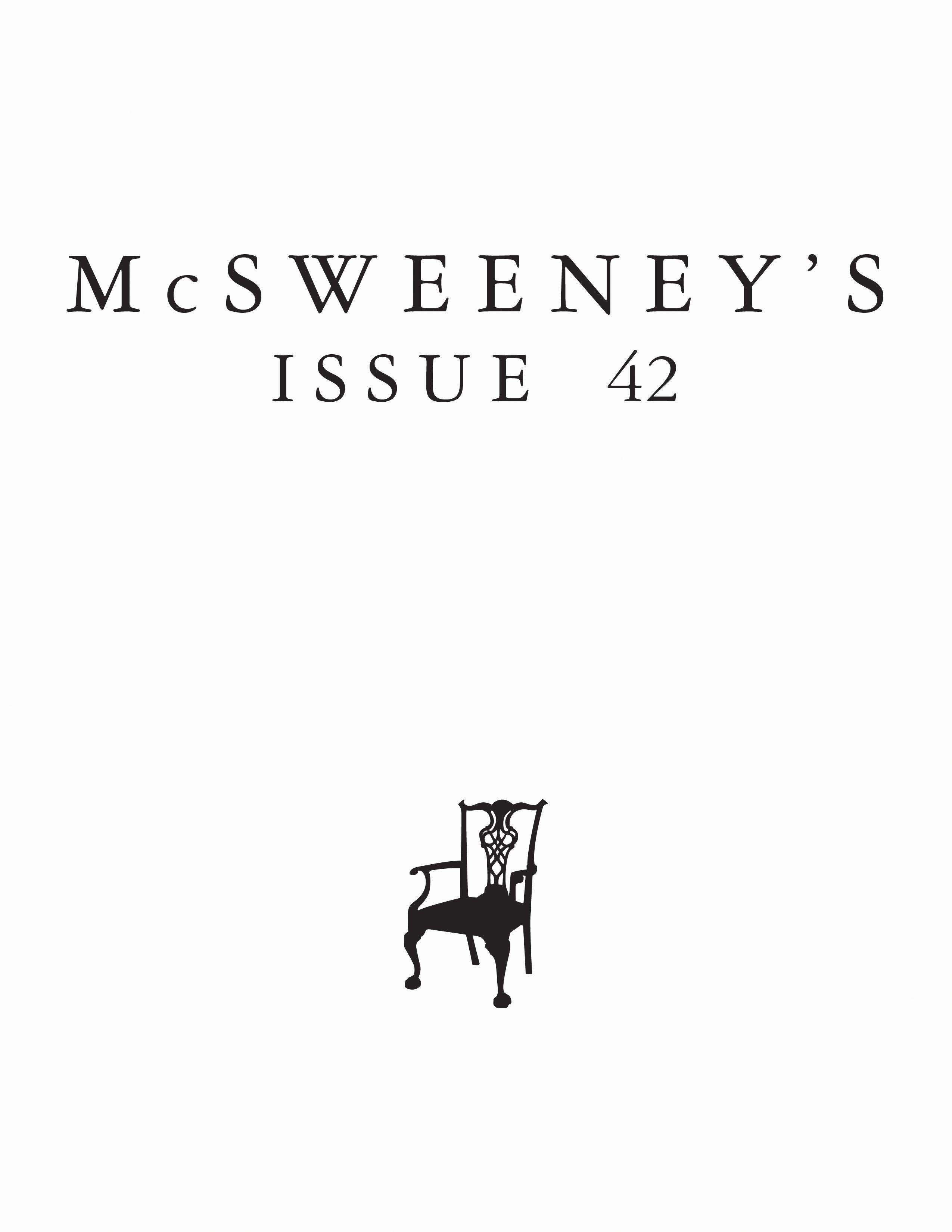 With the help of guest editor Adam Thirlwell (author of Kapow!,Visual Editions), Issue 42 is a monumental experiment in translated literature—twelve stories taken through six translators apiece, weaving into English and then back out again, gaining new twists and textures each time, just as you’d expect a Kierkegaard story brought into English by Clancy Martin and then sent into Dutch by Cees Nooteboom before being made into English again by J. M. Coetzee to do.

With original texts by Kafka and Kharms and Kenji Miyazawa, and translations by Lydia Davis and David Mitchell and Zadie Smith (along with others by John Banville and Tom McCarthy and Javier Marías, and even more by Shteyngart and Eugenides and A. S. Byatt), this will be an issue unlike anything you’ve seen before—altered, echoing narratives in the hands of the finest writers of our time, brought to you in a book that looks like nothing else ever done.