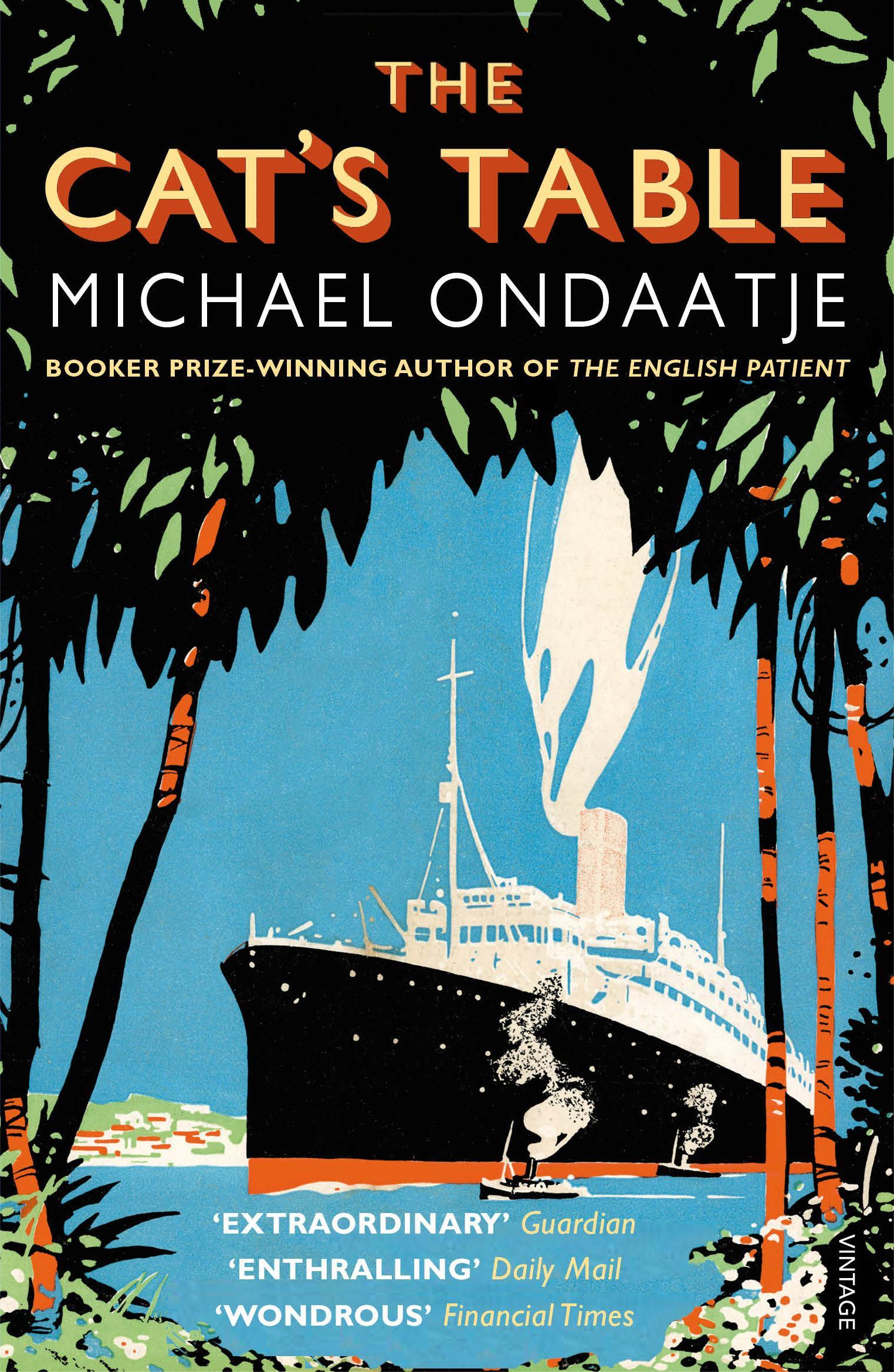 From the acclaimed author of The English Patient comes a stunningly beautiful novel about a boy’s life-changing journey from Ceylon to England in the 1950s. What had there been before such a ship in my life? A dugout canoe on a river journey? A launch in Trincomalee harbour? There were always fishing boats on our horizon. But I could never imagine the grandeur of this castle that was to cross the sea. In the early 1950s, an eleven-year-old boy boards a huge liner in Colombo bound for England. At mealtimes he is seated at the lowly ‘cat’s table’ , as far from the Captain’s table as can be, with a ragtag group of adults and two other boys, Cassius and Ramadhin. As the ship crosses the Indian Ocean the boys tumble from one adventure to another, and at night they spy on a shackled prisoner, his crime and fate a mystery that will haunt them forever…

There’s a wealth – some may say an overabundance – of vivid imagery and lyrical prose in the critically acclaimed novels of Michael Ondaatje. Indeed, his prose can be so richly layered and poetically imagined that it can be frustratingly inaccessible, as many readers of his previous novel Divisidero (2007) will attest. Fortunately, this criticism can’t be levelled at The Cat’s Table, in which Ondaatje’s trademark elliptical narrative style is replaced with a predominantly linear structure and a highly accessible first-person narrative.

Ondaatje presents this as fiction, but readers familiar with his 1982 memoir Running in the Family will likely be sceptical. His protagonist is a Sri Lankan-born man named Michael who recounts a journey that he took in the 1950s, travelling from Colombo to England on the ocean liner Oronsay. (Like his fictional namesake, Ondaatje was 11 when he travelled to England from Colombo in 1954 to join his mother, who had divorced his alcoholic father and moved to London.) One can’t help but feel that the storyline and characters here owe much to memories of this journey, particularly when it comes to the sense of dislocation – physical, cultural and emotional – that resonates throughout.

In the novel, each passenger on the ship is allocated to a particular dinner table. Michael finds himself sharing Table 76 with two boys, Cassius and Ramadhin, and a group of adults including a pianist, a botanist and the mysterious pigeon-fancier Miss Lasqueti, who notes at the first meal that they have been assigned the least-privileged location in the dining room, as far as possible from the Captain’s Table (hence the book’s title). Exploring the ship with Cassius and Ramadhin, learning the stories of its many mysterious and eccentric passengers, becomes an educational and emotional rite of passage that the adult Michael acknowledges as being the single most influential experience of his life: ‘Sometimes we find our true and inherent selves during youth. It is a recognition of something that at first is small within us, that we will grow into somehow.’ On board the Oronsay, Michael experiences friendship, kindness, exploitation, adventure and the first stirrings of sexuality. And the motley group of diners at Table 76 will influence him the most – ‘It would always be strangers like them, at the various Cat’s Tables of my life, who would alter me.’

The themes of the book are those Ondaatje returns to again and again in his novels and poetry: the relationship of the present to the past, the links between memory and history, and the uneasy relationship between biography and truth. And as always, the writing is simply magnificent – Michael, Cassius and Ramadhin explore the ship ‘bursting all over the place like freed mercury’ and Miss Lasqueti ‘had a laugh that hinted it had rolled around once or twice in mud’. Few contemporary writers can match his mastery of metaphor.

In a 2008 discussion with Colum McCann, Ondaatje described himself as ‘just one of those people who imagines others’ lives’. Here, he does this to magnificent effect. Highly recommended.

In the Skin of a Lion: Picador Classic

Running in the Family: Rejacketed

END_OF_DOCUMENT_TOKEN_TO_BE_REPLACED

All the Pretty Horses

From the acclaimed author of The English Patient comes a stunningly beautiful novel about a boy's life-changing journey from Ceylon to England in the 1950s. What had there been before such a ship in my life?