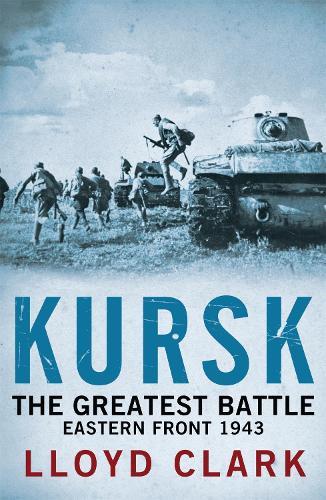 5th July 1943: the greatest land battle of all time began around the town of Kursk in Russia. This epic confrontation between German and Soviet forces was one of the most important military engagements in history and epitomised ‘total war’. It was also one of the most bloody, characterised by hideous excess and outrageous atrocities. The battle concluded with Germany having incurred nearly three million dead and the Soviet Union a staggering ten million. It was a monumental and decisive encounter of breathtaking intensity which became a turning point, not only on the Eastern Front, but in the Second World War as a whole. Using the very latest available archival material including the testimonies of veterans and providing strategic perspective alongside personal stories of front line fighting, Lloyd Clark has written a lucid, enthralling and heart-stopping account of this incredible battle.