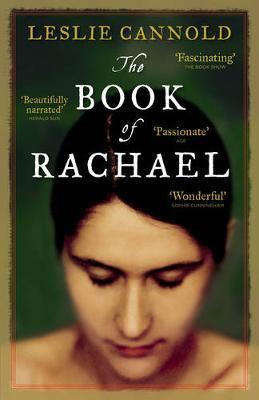 Did Jesus of Nazareth have a sister? We will never know- at that time in Jewish history, such a woman did not merit a place in any written record. So Leslie Cannold has imagined her.
The Book of Rachael is the story of a fiercely intelligent child consigned by her sex to a life of ignorance and drudgery. But Rachael fights her destiny, secretly learning the forbidden skills of literacy from her father Yosef and her brother. And when she falls in love with her brother’s closest friend, Judah of Iscariot, it even seems that Rachael will find happiness in her constrained world.
Then a message comes from Rachel’s brother. He is on his way to Jerusalem for Passover. He plans to speak out in the Temple against the corrupt establishment, and he asks for Judah’s help. And so begins the chain of tragic events that will change not just Rachael’s life, but the world - forever.

Dr Leslie Cannold is an impressive and formidable writer. Her latest offering, The Book of Rachael, her first novel, takes what we think we know and turns it on its head. No surprises there: Cannold is considered one of Australia’s top 20 leading intellectuals. Her life’s work is about making you think and her previous works, The Abortion Myth and What, No Baby? spoke to generations of women. Both works showed where women have been stopped and why.

The Book of Rachael does the same. However, with this novel Dr Cannold returns to the beginnings of the Second Testament. The story is set in Nazareth in 30AD and tells the story of Jesus’s younger sister, Rachael, who is ambitious and passionate and chooses to be unhindered by her culture. This is quite an extraordinary situation, given the time and place of this novel. The brutality of women’s lives is not hidden in this book. (There are some deeply disturbing passages.) These women do not have choices. Education, language and politics are not part of their lives. Rachael, however, is not going to accept her rank. She falls in love with Judah of Iscariot, Joseph’s best friend – and it is this person who changes the shape of biblical history as we know it.

The Book of Rachael is not just a feminist rewriting of the past, though. Essentially, it is a love story about courageous people. It is fastpaced and the narrative is superb. One can only imagine the amount of research needed to achieve such an ode to a time passed. This novel is not going to make everyone happy – it is controversial and brave – but, dear readers, it is a work of fiction. How brilliant that Cannold’s move to fiction has not marred her ability to ensure the reader thinks twice, and then speaks out.

Freedom of Religion and the Secular State

Thinking of Answers: Questions in the Philosophy of Everyday Life

The End of Faith: Religion, Terror, and the Future of Reason

What if the man you loved betrayed your brother? A bold historical novel about the formidable women in Jesus' life.